The Retired Dog Catcher Loses His Wife by Dennis Camire

And like those old strays he dogged, wanders
Streets and alleys–though no one, he grieves,
Is postering his sad, furry face on telephone poles

Or offering up to two-hundred bucks
If his heart’s own beloved pug is returned,
Unharmed, to Jane on 2 Cemetery Drive….

Still, these blessed strays sense his like anguish
So, by Fifth and Main, a collarless collie
Or mixed breed shepherd is forever

Tossing its tongue’s bouquet of love to him
Merely bending to pet their stretching neck.
Nights, now, he whispers to his late wife

Then popping into his head those nights
He grips the pills promising to silence
His own sad howls. And as these godly dogs

Go on surviving another Boston winter
By retrieving stale hotdog bun crumbs
Missed by pigeons, he’ll weep over these pooches

prompting him of his own beautiful instinct
To fetch nourishing scraps of happiness
So, when he finds himself again, pausing,

To admire the marmalade of mallards
spread over the Charles, he sees how
these bodhisattva-like dogs are the ones

returning the sad mongrel of widower back
to his heart’s rightful home; and visiting, again,
his grandkids weekends, he blesses

his puppy-like lips giving away endless kisses
after retrieving the endless whiffle balls
and accepting each collar of embrace. 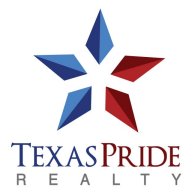 Find our legacy site at www.RedRiverReview.net